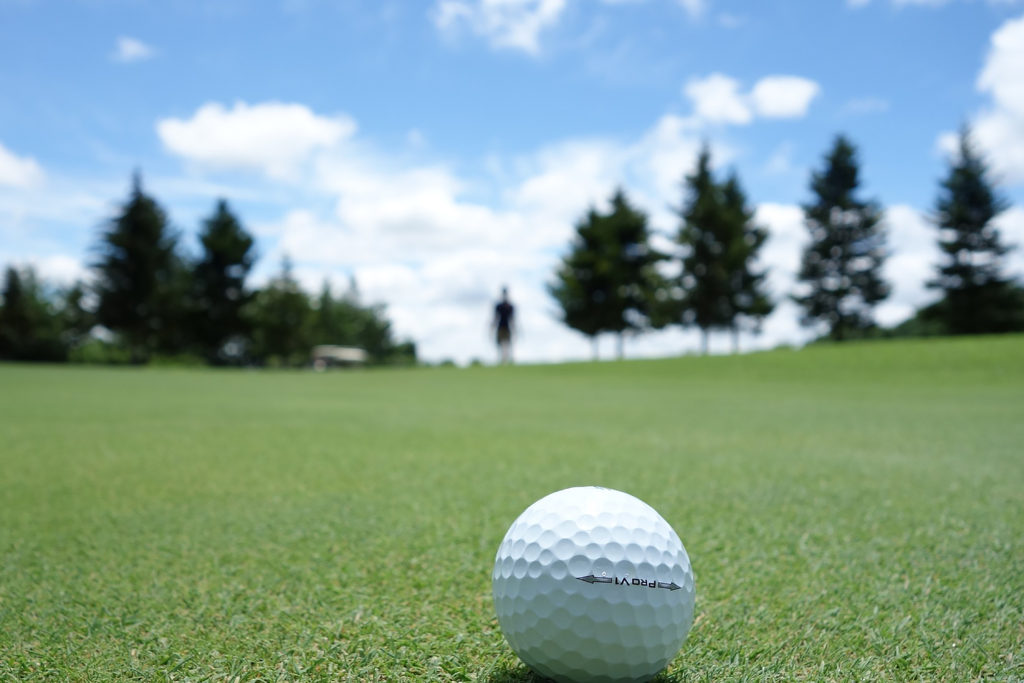 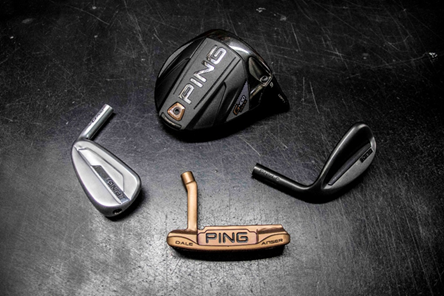 “We’re on a mission to help golfers play better and we know that starts with clubs that deliver across-the-board performance gains,” said John K. Solheim, PING president. “The new G400 Max is engineered with the same technology as the original G400 but we’ve optimised the size to gain even more forgiveness, which leads to tighter dispersion and lower scores. With the addition of the Max to the G400 driver family, golfers now have four fitting options to ensure they’re getting the most out of their game. If you struggle finding the fairway with consistency, the Max is likely the best fit for you.”

In the G400 Max driver, PING achieved its all-time high MOI measurements by optimising the crown and face design in the larger-profile, multi-material head. The forgiveness gains are attributable to the 460cc head and nearly four times the discretionary weight created by Dragonfly crown technology and the thin, forged face. Its high-density tungsten back weight wraps around the back of the sole to help bring the combined MOI (heel/toe and high/low) over 9,900 gram cm2. Its CG position is lower and further back than any current driver on the market to make it the most forgiving driver in golf – surpassing the current G400 driver.

“Our engineers focused on increasing the forgiveness of the driver while maintaining the distance gains and powerful sound of the original G400 driver,” said Solheim. “It’s remarkable how long and straight the G400 Max flies. The forgiveness is off the charts and leads to tighter dispersion, which reveals just how consistent your distance and accuracy results will be on the golf course. We encourage all golfers to get fit and look closely at their dispersion, not just their one best shot on a launch monitor.”

The added forgiveness has also appealed to a number of tour professionals, including PING Pros Aaron Baddeley and Seamus Power, who put the G400 Max in play at last week’s Sony Open in Hawaii.

The unique forging and patented heat-treatment process of the G400 Max’s T9S+ face powers a thinner, hotter impact area that is precision machined to elevate ball speed across the entire face. The forged face was also instrumental in producing the powerful feel of the driver.
Adding to the appeal of the G400 Max driver is the innovative colour-shifting paint technology of the Alta CB shaft. This premium copper shaft paint transitions to nearly black to reduce distractions as golfers address the ball. The counter-balanced design of the Alta CB allows for more mass in the head to increase energy transfer.

The Glide 2.0 Stealth wedges’ 8620 carbon steel head and precision-milled grooves deliver a softer feel and higher-spinning shots for greater control. The tour-inspired Stealth finish, which yields less glare and makes the head appear smaller, is applied using a QPQ (Quench Polish Quench) process for added durability. This wedge fits the game and the eye of players for whom performance and appearance go hand in hand.

A patented precision wheel-cut half groove near the lead edge on the 56⁰, 58⁰ and 60⁰ improves engagement with the ball (specifically low on the face) to significantly increase spin and control from all conditions. The wheel-cut milling process was developed by PING’s engineering and manufacturing teams to enable grooves with a sharper edge radius, which increases interaction with the cover of the ball at impact, creating more friction for improved spin and trajectory control. The grooves in the lower-lofted wedges (46°, 50° & 52°) are milled with a 20° sidewall and a .005″ edge radius for optimal full-shot performance. The higher-lofted versions (54°, 56°, 58° & 60°) are milled to a .004″ edge radius and a 28° sidewall to impart more spin, especially around the greens.

“The tour player response has been exceptional,” said Solheim. “The players’ first comment about the Stealth finish, which not only looks cool, they like how it makes the head appear smaller and it limits reflections on bright days. Once they feel it and see how much spin and control the grooves provide, the wedges go straight in the bag.”

The patented design is offered in four sole grinds (SS, WS, ES and TS) to ensure Glide 2.0 Stealth wedges can be fit to a golfer’s divot depth or attack angle and most common turf conditions.

TS GRIND (58°/6°, 60°/6°)
A PING WRX-inspired design based on the Tour-proven half-moon grind. The TS grind facilitates shot making and precision from even the most difficult lies. The heel relief allows shots to be executed with an open face to difficult pins, or from firm lies without fear of the lead edge sitting too high.

In the G700 iron, PING engineers put a high priority on creating an iron that offers power and forgiveness by leveraging the advantages of a hollow-body design and a thin, maraging steel face, creating PING’s longest, highest-flying iron to date.
“The desire for golfers to hit their irons further continues to grow,” said Solheim. “We want to provide options that greatly increase distance without sacrificing other performance attributes, such as consistency, forgiveness and feel. With the G700 iron, we’ve been able to accomplish all of that in a very appealing design with a sound that screams distance from the moment golfers hit it.”

The hollow-body construction of the 17-4 stainless steel head allows for an internal geometry design that positions weight away from the face, creating a frame for metal-wood-like flexing and high COR to greatly increase ball speed and produce launch results that will amaze golfers.
Maraging steel, which is also used in the G400 fairway woods, hybrids and crossovers, is one of the strongest alloys in the world and is commonly employed in the aerospace industry, where strength and flexibility are necessities. Those properties make it an ideal face material to deliver more flexing for faster ball speeds that launch shots further and higher.

“We’re seeing significant ball-speed increases in the G700, while maintaining the consistency and control golfers need to improve their iron play,” said Solheim. “It also has a great overall look, especially at address, and a premium finish. When golfers hit it, they’ll experience a sensation and sound that’s unlike any they’ve ever felt or heard.”

The next generation of PING’s 100%-milled putters are crafted and engineered to provide tour-calibre touch and performance through proven innovations like precision-milled, patented True Roll Technology (TR), plus a new custom-weighting system. The new system offers sole weight options in steel (standard weight head), tungsten (15 gms heavier than standard) and aluminium (15 gms lighter than standard) to match a golfer’s feel and balance preferences.

“The PING Vault 2.0 putters are luxurious works of art that are engineered to perform,” said Solheim. “The craftsmanship and materials used in our milling and finishing processes ensure premium, eye-catching designs that appeal to the most discerning golfers. The ability to customise the weights provides golfers a putter uniquely built to fit their game.”
Precision-milled TR technology ensures full-face forgiveness for consistent speed off the face. The individually milled face pattern varies in depth and pitch across the face, which speeds up off-centre impacts, improving consistency and ultimately leading to fewer three-putts.

“As we advance the technologies we apply in designing and manufacturing our putters, we’re able to offer more putter-fitting options than ever,” said Solheim. “The precision with which we mill the PING Vault 2.0 putters allows us to fine-tune the specifications that best match a golfer’s stroke and feel preference. With our new weighting system, we’re able to add or reduce the overall headweight to achieve the best balance for each player, which will lead to more consistency on the greens.”

Golfers can choose from three premium finishes (Stealth, Platinum or Copper) in five models precision-milled from 303 stainless steel, including the new Dale Anser, which is inspired by one of the original Anser putter moulds created by Allan Dale Solheim and detailed by his father, Karsten Solheim. The award-winning Ketsch mallet (Stealth or Slate finish) combines a fully-machined 6061 aerospace-grade aluminium body with a stainless steel sole plate for an extremely high MOI and offers exceptional alignment features. All the models are fit for stroke and designed with varying alignment aids to fit a golfer’s preferred look and alignment style.  As part of the custom-building process that ensures optimal balance, putters between 34″ and 36″ in length are built with steel sole weights; models 34″ and shorter feature tungsten weighting; putters built 36″ and longer use aluminium weights.

Four proprietary PING Pistol tapered grips provide golfers with variances in shape and feel. The PP60 is a midsize, lightweight design with a foam under-listing and dominant flats for face awareness. The PP61 has an exaggerated pistol to fit the contour of the golfer’s hands and a rubber under-listing for a softer response. The PP62 is a lightweight, oversized grip with a rounded profile. The CB60 is standard on custom counter-balanced putters in the line.

Your Golfer Magazine
Great idea to keep supporting business whilst providing a much needed service.

Seahouses Golf Club
🍴❗️For anybody coming to collect Sunday dinners today there will be a table outside at the kitchen entrance where you will collect your meals...❗️🍴

We are taking social distancing very serious therefore 1 person is to come and collect the dinners for your order! (We will be able to help for the bigger orders)